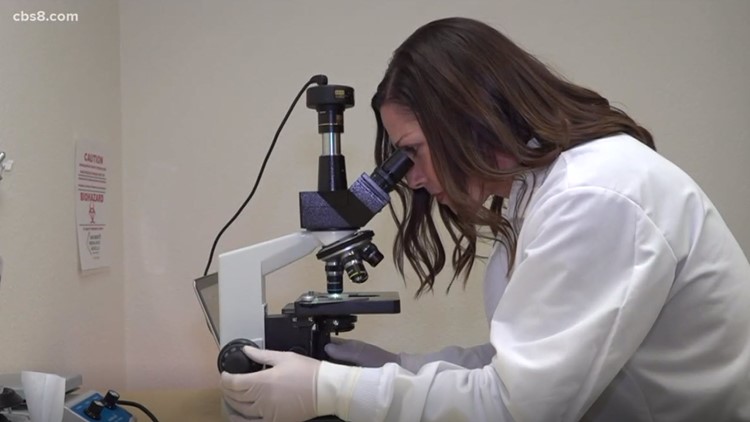 SAN DIEGO — A forensic DNA expert testified Tuesday in San Diego federal court that sperm cells found on evidence in the 1984 murder of a teenage girl at Torrey Pines State Beach were the result of contamination at the San Diego Police Department crime lab.

Ryan was called to the witness stand by plaintiffs in a lawsuit alleging the wrongful death of an SDPD crime lab employee, who was accused of murdering Claire Hough, age 14, at Torrey Pines based on the DNA evidence.

Crime lab contamination in the 1984 Hough murder is a key issue in the current lawsuit.

Based on that DNA evidence, detectives then served a search warrant on Brown’s home in Chula Vista, seizing thousands of photographs and documents, many of them unrelated to the investigation. Ten months later, Brown, 62, committed suicide by hanging himself.

His widow, Rebecca Brown, alleges in her lawsuit that Brown was an innocent man who committed suicide because he was being hounded by SDPD detectives.  The suit claims one SDPD homicide detective, Michael Lambert, lied in his search warrant affidavit and did not mention that the sperm found on swabs in the Hough case could have come from contamination in the lab.

Lambert and the City of San Diego dispute the accusation that he lied in his 2014 affidavit and claim the now-retired detective was simply doing his job investigating the case.

The plaintiffs claim says that Brown and other workers routinely brought semen into crime labs in 1984 to be used as control samples, and those samples could be the source of the contamination.

On cross-examination, Ryan admitted she could not identify any other cases in the SDPD lab where a criminalist's sperm had been found on a rape victim’s swabs. The DNA expert also acknowledged she had no evidence that Brown brought his own sperm into the SDPD lab in 1984.

Next up on the stand, plaintiffs called Brown's former supervisor in the SDPD crime lab, a 30-year employee named James Stam, who is now retired.

Stam testified that workers did, in fact, bring their own semen samples into the lab, and that Kevin Brown likely did, too.

He gave his opinion as to whether Brown could have murdered Hough in 1984.  "Knowing Kevin as I do, there's no way he could have committed that crime," Stam testified.