DNA Tests Could Clear an Executed Man. Why a Judge Said No.

Sedley Alley went to his death based on scant physical evidence and a confession he said had been coerced. His daughter wants to know if he really was guilty. 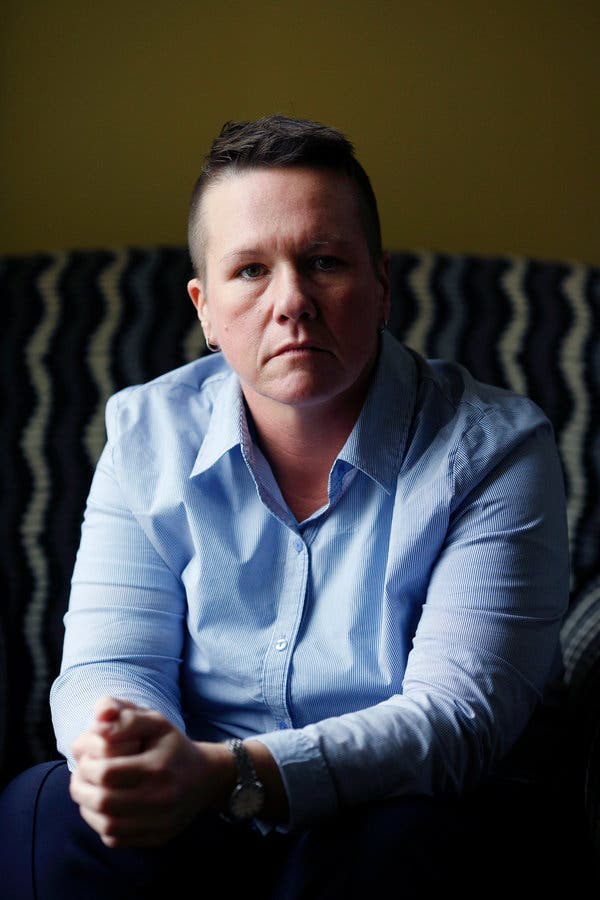 April Alley sought DNA tests to determine whether her father committed a 1985 murder. He was executed in 2006.Credit...Luke Sharrett for The New York Times

MEMPHIS — April Alley’s father was executed 13 years ago, but the evidence in his case remains sitting on shelves in a clerk’s office, one floor below where he was tried and convicted of murder in 1986.

None of it was subject to DNA testing while he was alive, and it will not be anytime soon. On Monday, a Shelby County judge ruled that Ms. Alley did not have a right under current Tennessee law and court rules to seek the DNA tests.

The judge, Paula Skahan, said the state’s Supreme Court or Legislature would have to intervene to permit the testing. Lawyers for Ms. Alley filed an immediate notice of appeal and asked the judge to continue to preserve the evidence, which she agreed to do.

Ms. Alley, who was 9 when her father, Sedley Alley, was arrested, said that the decision was “a hard blow” but that she was not stopping. “We are determined to continue our fight for the truth and will see this entire process through until the end,” said Ms. Alley, 44.

The evidence includes red underpants worn by the attacker and a saliva-stained bra worn by the victim, as well as socks, shoes and possible semen samples. It was collected near the body of the victim, Lance Cpl. Suzanne Collins, 19, who was found in a park next to the Millington Naval Air Station, where she had just completed an avionics program, in July 1985.

Modern DNA techniques were not available at the time, and when Mr. Alley asked for them to be used to test the evidence two decades later, courts in Tennessee refused. In 2011, five years after his execution, the state Supreme Court said it had been a mistake to deny the tests.

In April, Ms. Alley was named executor of her father’s estate as part of her attempt to seek the DNA tests. Mr. Alley, who had been an alcoholic and drug addict, had told her that he did not recall committing the crime. “He said, ‘If I did do it, I deserve what I get,’” Ms. Alley said. “‘But I don’t remember doing it.’”

Judge Skahan said state law governing DNA tests after conviction did not explicitly permit an estate to ask for them. No court in Tennessee had faced this issue before, she said, and the State Supreme Court might come to a different interpretation. The State Legislature could also act to permit the testing, she said.

After his arrest, Mr. Alley gave a statement implicating himself in the killing, although many of the details he provided were inaccurate; he also told psychiatrists soon after his arrest that he had no actual memory of it. No physical evidence directly linked him to the crime. His first lawyers mounted an insanity defense that the jury rejected.

Amy P. Weirich, the Shelby County district attorney general, had opposed the new testing on multiple grounds, but Judge Skahan said she was only ruling that Ms. Alley lacked standing.

Ms. Alley was represented by the Innocence Project in New York and lawyers in Tennessee. They argued that in addition to bringing clarity to the case, the tests could serve law enforcement by implicating a different person as the killer.

“We owe it to both Suzanne and Sedley to do the tests,” said Josie Scarlett Holland, one of the lawyers for Ms. Alley, referring to both the victim of the crime and her client’s father. “The science is there — why not get the truth?”

An earlier version of this article misspelled the surname of the Shelby County district attorney general. She is Amy Weirich, not Weyrich. The article also misidentified April Alley’s legal representation. It includes lawyers in Tennessee, not the Tennessee Innocence Project.